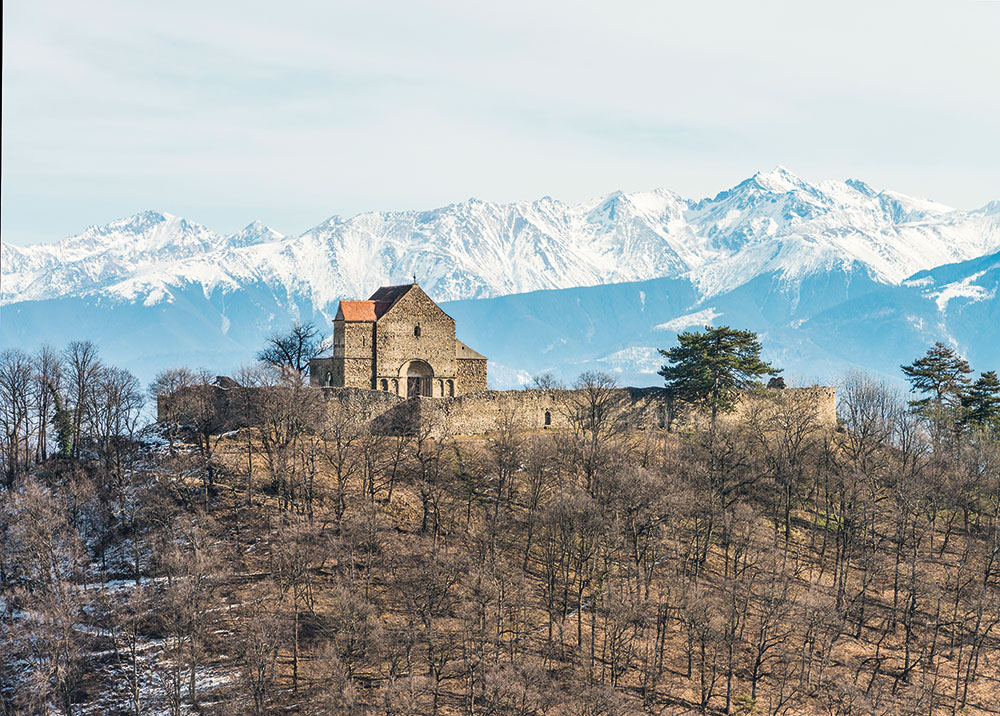 “In the villages, the church has always been like a castle surrounded by a wall, with watch towers, strong gates, a moat with a drawbridge or if necessary a second inner wall. It was the refuge of the community at the approach of the enemy, the place they brought their possessions and grain so that when the land was devastated and the harvest destroyed, they at least had storage in order to avert the horrors of a famine.”

Ever since the Mongol invasion (1241–1242), the defense of the new settlements became of great importance. Initially the castles were built in higher altitudes, later the village churches were fortified with ditches, ramparts and palisades. These were replaced by heightened ring walls with defensive towers. After the first Ottoman invasions
in the early 15th century, the interior of the castles boasted crop storages and other storerooms that offered refuge to the villagers in times of siege. In most villages, except for in the Țara Bârsei, the churches themselves were fortified: Defense floors arose between the naves and roof trusses, the so-called defense arches, were first built as half-timbered constructions and later positioned on buttresses. In the Târnava district and the Hârtibaciu Valley the choir rooms received tower-like superstructures which, as well as the fortified west towers, boasted defense walls. The main portals were closed with masonry and the churches were instead accessed through the side portals.

With the beginning of more peaceful times at the beginning of the 18th century the fortifications lost their function. In the 19th century the defense systems were dismantled at some churches. A number of fortified churches lost their ring walls. The towers often remained as a sign of tradition and defense history. The demolished material was used for the construction of schools, parish or town houses.