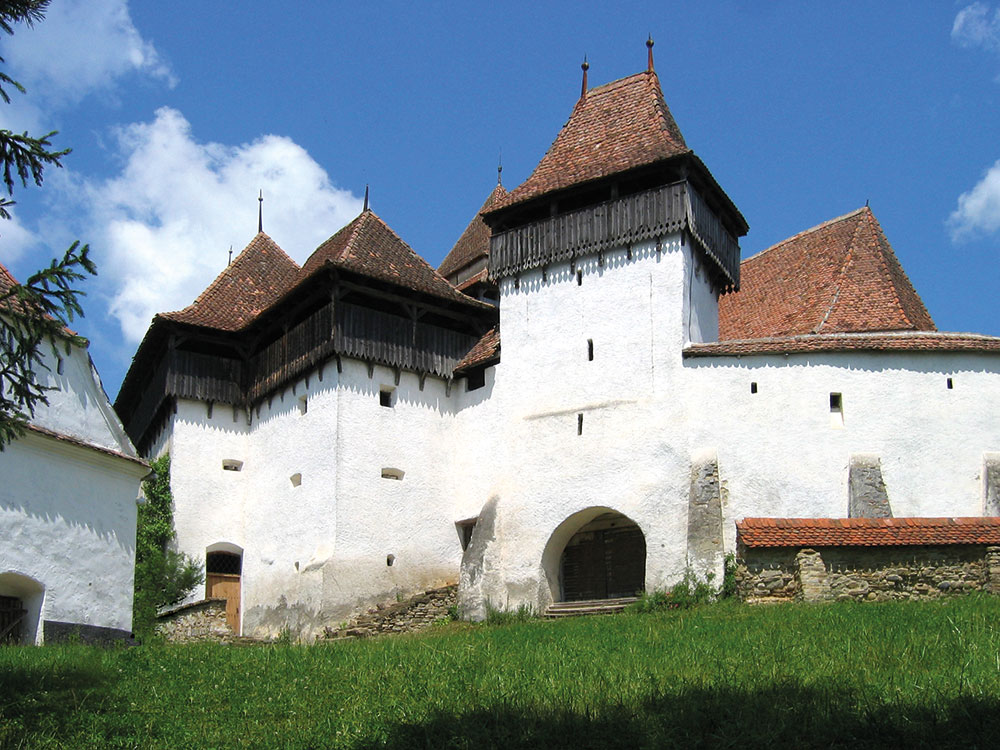 „Many [walls] still stand solid and strong; but some also require thorough repair. Unfortunately, it will be difficult for the weak environment to preserve what the ancestors created vigorously in much more pressured times.“

After the conservation of the fortified churches became more problematic in the 19th century, the awareness regarding the value of the monuments grew in the period between the two World Wars. In the communist era Saxon villagers viewed the preservation of their fortified churches as an opportunity to live and maintain their identity even if their resources were limited. The so-called “Exodus” of many Saxons that followed the revolution of 1989 left strongly weakened communities in the villages and towns behind who – left alone to fend for themselves – were overwhelmed with the care for the buildings. Between 1993 and 1999, some fortified churches and the villages surrounding them gained the status and protection of UNESCO World Heritage. In 2007, within the framework of German-Romanian development cooperation, the Coordination Office of Fortified Churches was set up. It was responsible for the work of preserving the fortified churches for the Evangelical Church A. C. in Romania. From this project office, the Fortified Churches Foundation was founded in 2015. For several years, the number of players who are committed to the preservation of the German-Romanian cultural heritage has risen: besides emigrated Saxons who organize themselves into so-called hometown communities (HOGs), the number of initiatives and associations as well as committed individuals predominantly residing in Romania is increasing. Despite the many efforts the preservation of the landscape of fortified churches remains a major task that needs further support.