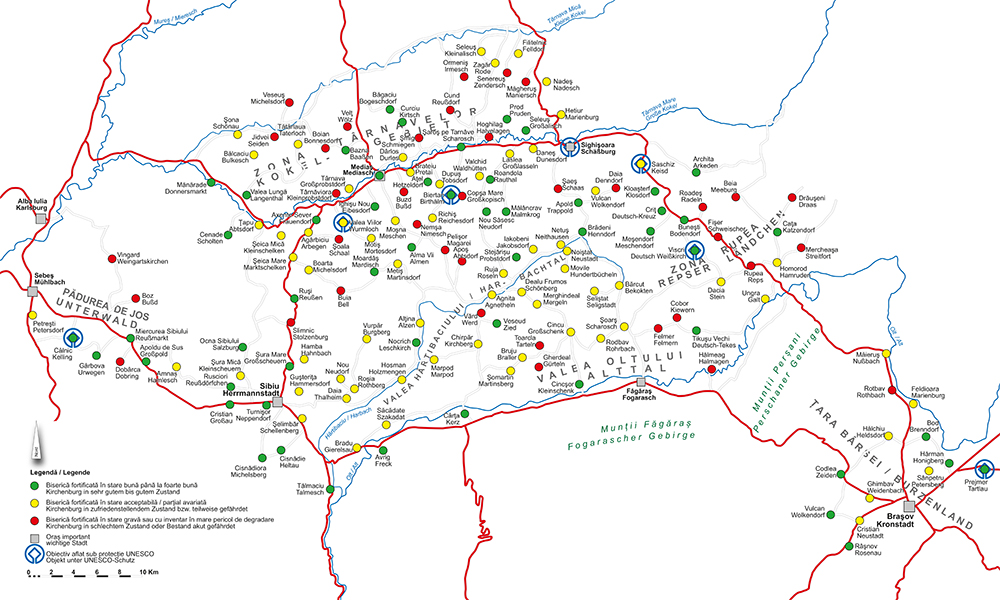 In no other European region is Martin Luther’s hymn “A Mighty Fortress Is Our God” architecturally as well represented as in the landscape of fortified churches in southern Transylvania. Starting with the immigration of the Transylvanian Saxons at the end of the 12th century, a large number of these fortifications were built of which approximately 160 still stand today.

With their defence systems, impressive sacral architecture, and rich decor these fortified churches make up a picturesque ensemble within the landscape. They characterise the cultural landscape of Transylvania where Romanians, Hungarians, Germans and Roma people have been living side by side for centuries. The fortified churches are testimonials of a special chapter of European history and stand as representatives of the long tradition in this multiethnic region. As part of an international cultural heritage, they deserve to be particularly protected. Maintaining them is however not an easy task. Most of the Transylvanian Saxons have left the region in the past few decades. The dramatically declined number of members belonging to the German, Lutheran community on site are barely capable of preserving this cultural heritage on their own. New ideas and concepts must be found.

With this exhibition, the Fortified Churches Foundation would like to inform about the development and the current situation in the landscape of fortified churches. At the same time, possible perspectives for future preservation are to be outlined and introduced.