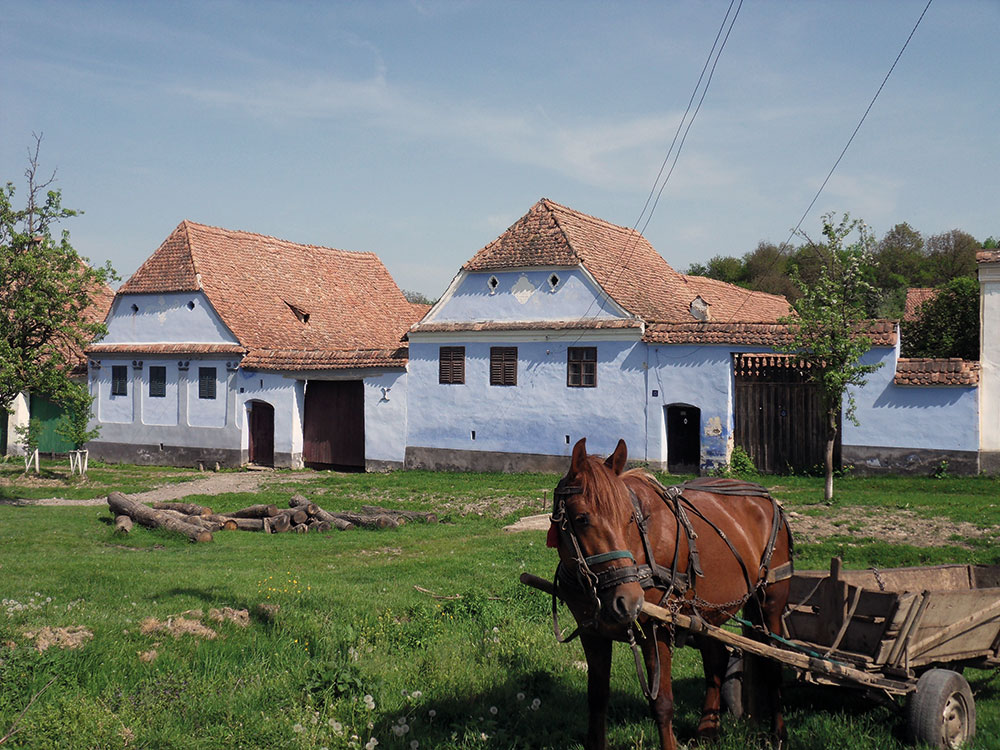 „Long rows of beautifully built, almost identical houses with pointed gables, where often a thoughtful inscription certifies the religious sense of the builder, make up straight and wide streets and are testimonies of the wealth of the inhabitants. Large barns, sheds and stalls fill the spacious courtyard and are characteristic for the hard-working rural farmer.”

The fortified churches are mostly located in the center of the Transylvanian villages that form a characteristic cultural landscape with its well-preserved historic structures and the surrounding agricultural land. Places and landscapes were and are influenced by the lifestyle of their inhabitants, thus revealing a centuries-long history. The Transylvanian Saxons organize themselves strongly within their community to this day. So, among other things, large parts of agricultural land were shared. The areas outside the village were parceled out and reraffled every year; the cultivating of the fields was carried out after a specific regulation in the three-field system of crop rotation. Despite land consolidation and land reform, this system was partially applied until 1944. Clearly visible in the landscape is the importance of agriculture and mixed farming as well as forestry, orcharding and viticulture. Even today, an extensive agriculture that is usually carried out in the context of self-suficiency exists in many parts. What is to be regarded as a result of the problematic process of population decline in the region at the same time led to wealth of ecological diversity. Next to the historic heritage, this is a newly discovered potential of the countryside.