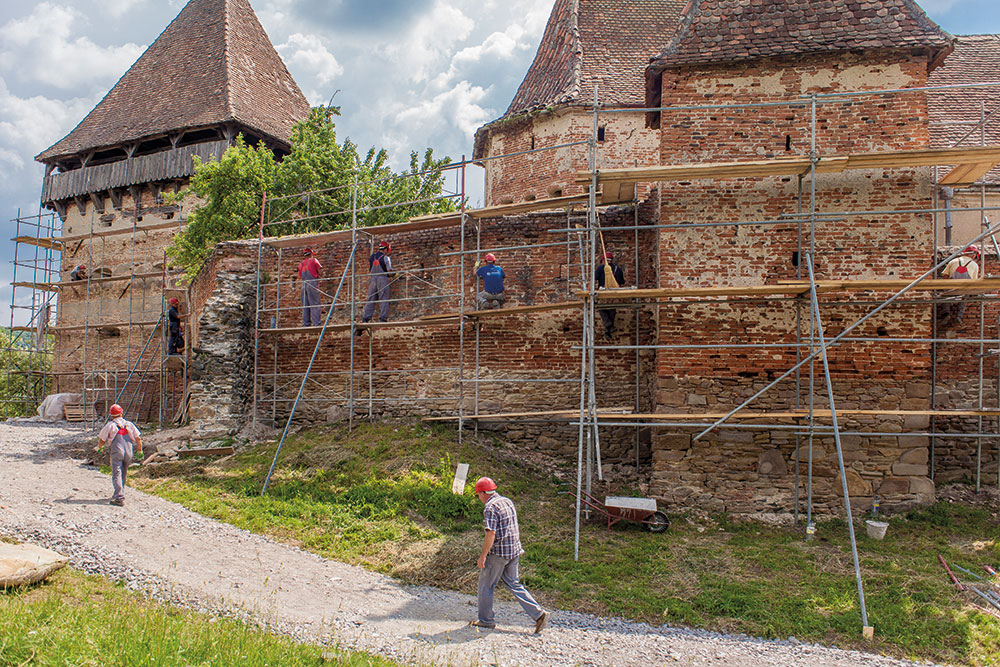 „One should never leave the place of suffering but should act in such a way that the suffering leaves the place.“

The traditional task of Transylvanian Saxon curators and castle guardians was to manage and care for the fortified churches. The entire village population was responsible for the maintenance and structural expansion. After the emigration of most of the Transylvanian Saxons after 1989, the care of the architectural heritage often remained unclear, which favoured the rapidly advancing decay of many fortified church. The ethnic groups also living in the region, such as Romanians, Roma and Hungarians, usually belong to other denominations and use their own places of worship.

The increasing involvement of civil society in recent years has opened up new perspectives for the preservation of the cultural and architectural heritage of the Transylvanian Saxons, but must continue to be promoted. Despite financial and logistical support from foundations, associations, the Romanian and German government and the European Union, the locals are and will remain responsible as the keepers of the common cultural heritage. They identify with it and engage in its maintenance.

People who have ideas for different uses for fortified churches open up new perspectives for the future. Therefore, the Fortified Churches Foundation tries to involve as many actors and supporters from Romania and abroad to work for the preservation of the landscape of fortified churches. This unique European cultural heritage can only be saved and preserved in a joint effort.