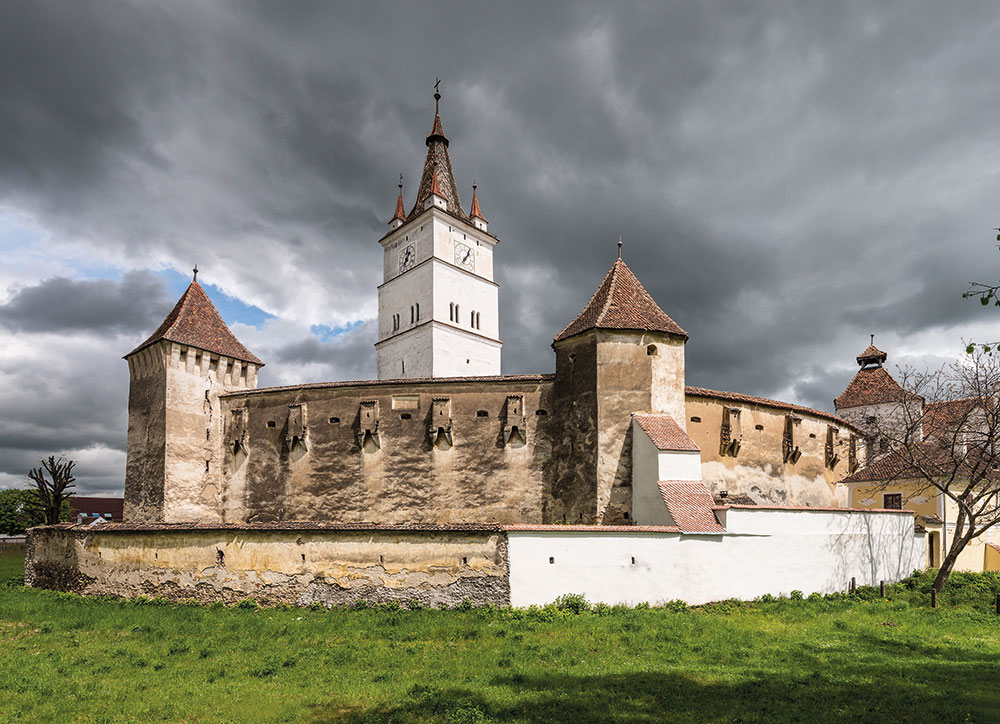 „Transylvania is in many aspects considered a country that really deserved to not only be known to scholars but also to the rest of the social stands.“

The German settlement movement towards Eastern Europe in the 12th and 13th century also led to Transylvania, which was part of Hungary at the time. The settlers, soon named “Saxons” after a Hungarian denomination, received territories mainly in the southern regi- on. Their duties were to provide economic development and military defence of the coun- try. They were given liberal rights on the so-called Crown Land. This way they were able to mutually support their cities and villages on a long-term basis as well as preserve their legal status, confession and language.

The newly founded villages soon became rather wealthy – a development made visible in their churches. Yet at the same time they were exposed to the threat of the expanding Ottoman Empire. The cities reacted to this threat by building ring walls, the villages by constructing fortified churches: in the 15th century, they protected the population against various Ottoman attacks, not however against larger troops. In the 16th and 17th century, they also served as protection during the wars between the Ottoman and Habsburg.

After 1711, the fortified churches lost their military function but still played an important role in the identity of the villagers who still cared for and maintained them.

Due to the reformation of Martin Luther and the importance of a state-representative stand in the middle of the 16th century, the group identity of the German settlers grew even more stable. In addition to the common language, the political selfesteem, and the conservative Lutheranism, modern times introduced further aspects such as the fortified churches, which became symbols of their inheritance. The preservation of this cultural heritage has strongly moved into the focus of consciousness in the second half of the 20th century.